Our group started as Toronto Friends for Syrian Refugees (TFSR) in the summer of 2015. In 2016 TFSR started the process of sponsoring two different Syrian families through Ryerson Lifeline Syria.

In February 2016 we undertook our first sponsorship of two young Syrian brothers, Abdul and Obada, living in precarious circumstances in Malaysia. We are delighted to report that on March 29 2017 Abdul and Obada arrived in Toronto! Many of our committee members were at the airport to welcome the brothers to Canada. We witnessed their joyful reunion with their brother Moe, who came to Canada over a decade ago and hadn’t seen his brothers in all that time. Below are photos from the day of the brothers’ arrival. 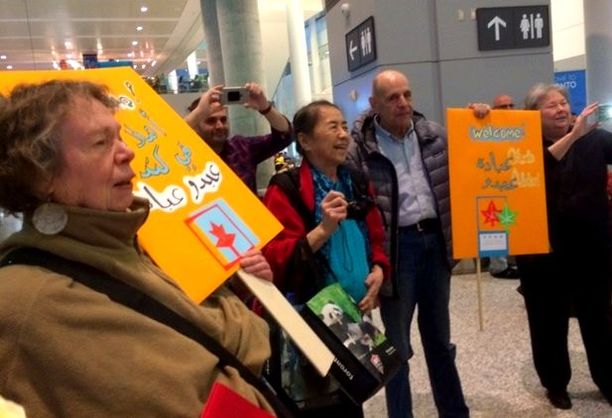 Friends waiting with signs at airport 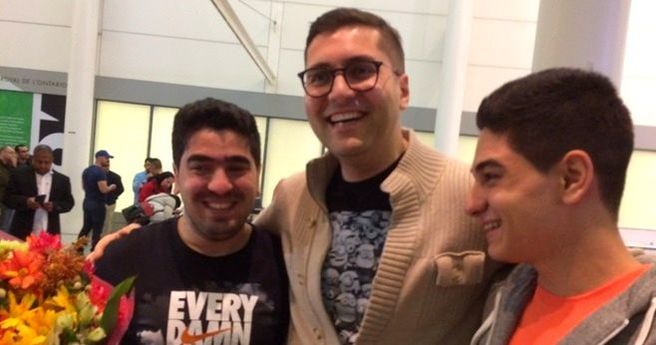 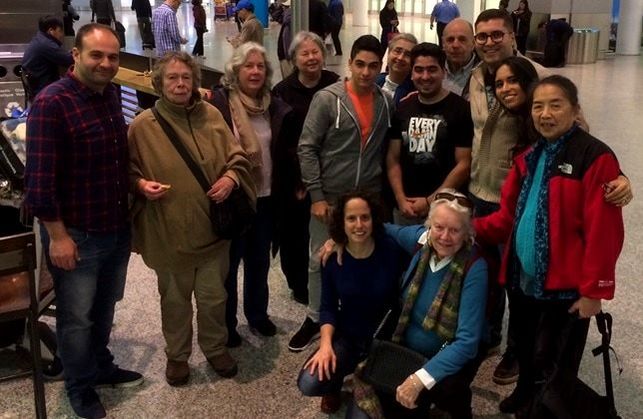 Moe’s wife Karla gave this heartfelt speech at the airport:

The war in Syria has been ongoing for almost 6 years, causing the deaths of over four hundred thousand
people and separating thousands of families. This international crisis makes us feel as if there isn't
anything that we can do, but there is, and the proof of that is here today. You have forever changed the
lives of Abdul, Obada, their families and generations to come.

We know that Obada and Abdul will be great members of this society and make valuable contributions.
We look forward to continue being involved with you in the efforts to help other families in need… There
is much to be done, but today is a day to celebrate, and it wouldn't have been possible without you.

From the bottom of our hearts. Thank you so much.

Abdul and Obada have already settled in to their new life in Canada. They have received health and identity documents. Both are enrolled in school and involved in the community. They are living in an apartment close-by to Moe and Karla. We’ve enjoyed showing them around the city and getting to know them better. 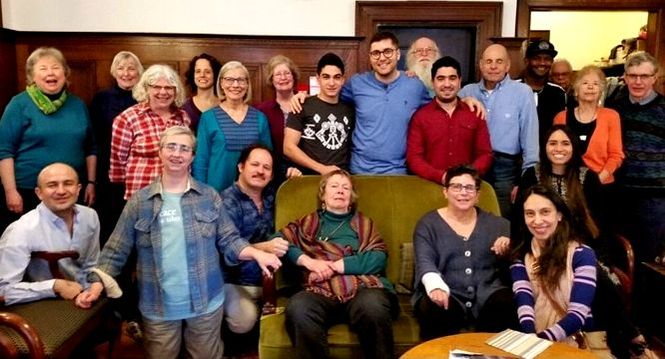 Obada and Abdul at a welcome event at Friends House, April 1st 2017

TFSR is heartened by our experience sponsoring Abdul and Obada to Canada, and we are now working on bringing the second family we’ve sponsored to Canada. The family of 3 had been separated by the war but are now reunited in Lebanon. They are waiting for their interview with a Canadian immigration officer, as well as their medical examination.

Moe (Abdul and Obada’s brother) has been a tremendous help in being able to speak directly to the father of the second sponsored family in Arabic and trying to keep his spirits up.  Unlike our first sponsorship, this  family has no relatives or friends in Canada, and TFSR members expect that they will require a lot of personal support.

In the autumn of 2016 we asked the Toronto Monthly Meeting to allow Toronto Friends Sponsoring Refugees (still TFSR) to become a permanent committee within the meeting, and to be able to issue charitable receipts through the meeting. We are pleased to say that this motion was accepted and our committee will continue to sponsor refugees, now from anywhere in the world. This means we will need to raise funds as we take on more sponsorships.